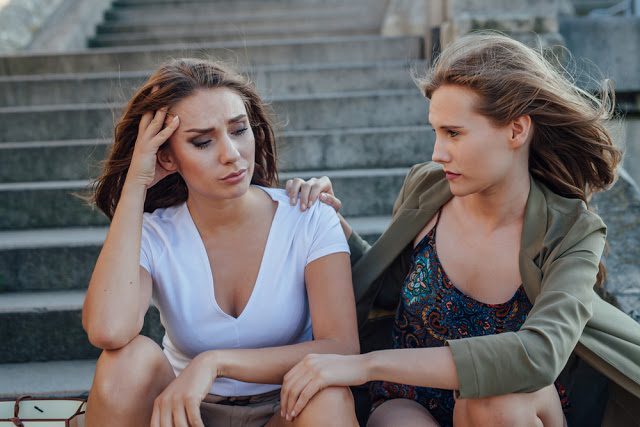 In a home where substance abuse is present, family members experience pain, shame, fear, and guilt, which are often ignored. Family members learn to cope with these emotions by either avoiding them or totally denying them. The codependent person will sacrifice emotions and personal needs to take care of the addict. The idea of self becomes non-existent and the codependent person will put individual needs and wants aside.

Codependent people look to others to feel better. They do try to take care of the addicted person but often will assume the role of martyr in doing so. A codependent person often states, look what I have done for you, or you would be out of a job if it weren’t for me. The problem with becoming a martyr is that the co-dependent person becomes more dependent on the addict. There is an underlying feeling of being needed with the alcoholic or drug addict. Codependency becomes a vicious cycle of emotional dysfunction followed by a reward of being the one that saves and helps the addict.

Characteristics of codependency include a sense of responsibility for the actions of others, feeling like a victim, tendencies to become over responsible, and an unhealthy dependence on others for emotional gain. Codependent persons often see themselves as the victim and ask themselves, why does this always happen to me? There is an unhealthy fear of being alone and a lack of trusting others with co-dependent behavior.

Treatment is available for codependent individuals and will often include education, individual and group therapy, and even 12-step meetings. The goal of any treatment for codependency is to learn adaptive, healthy behaviors and to develop a sense of self regardless of other’s actions. It is important that the codependent person learn to identify their self-destructive behavioral patterns, learn to trust themselves, and get in touch with their feelings.

An integrative approach to treatment is necessary for healing the mind, the body, and the spirit from the effects of addiction, trauma, and mental health. Cottonwood Tucson offers critically acclaimed clinical care for men, women, and adolescents. Call us today for information on our internationally recognized programs. (888) 708-4784.
Previous PostShould I Tell My Employer About My Addiction?Next PostWhat Is the Connection Between Spirituality and Recovery?