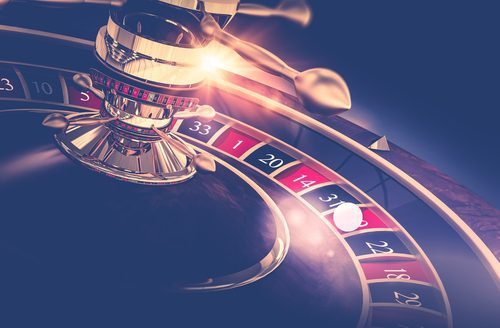 Do You Experience Cravings In Gambling?

There is new research that supports gambling addiction acts on the brain the same as drugs or alcohol.  It may seem strange because gamblers do not ingest a substance; therefore, how can they crave gambling.

There is reason to believe that connections between certain parts of the brain that control our impulses can be weaker in those with a gambling addiction.  There is a biology to gambling addiction that has not gained much attention until recently.

Gambling addiction does have a genetic component and some children of gambling addicts have a higher risk of developing the disorder themselves.  The exact way in which this happens is still unknown but there is research that now recognizes key brain areas that might help to understand how a person craves gambling.

Two areas of the brain involved in gambling cravings include the insula and nucleus accumbens.  These two areas are shown to be active in individuals with gambling addiction when a craving occurs.  The insula and nucleus accumbens are found deep in the center of the brain and are involved in decision-making and reward and impulse control.  This is similar to the mechanisms behind drug and alcohol cravings.

Current research indicates that in gambling addicts, the insula and nucleus accumbens were highly active when participants were shown an image related to gambling.  The participants later reported a craving to want to gamble.  The researchers also discovered weaker connections between the nucleus accumbens and the frontal lobe in gambling addicts, which were related to cravings to gamble.  The frontal lobe is the decision-making center of the brain and may help keep the insula accumbens in check by controlling the impulse to gamble.

These weak connections between these regions of the brain have been identified in drug addicts.  The frontal lobe can help to control impulsivity; therefore, a weak link may contribute to an individual being unable to stop gambling and ignore the consequences of their behavior.  The connections can also be affected by mood and weakened by stress, which can indicate why a gambling addict might relapse during periods of stress.

The group of researchers involved in this study hope to use this information to look at which treatments may reduce activity in these areas of the brain in an effort to reduce cravings.

Our world renown treatment programs at Cottonwood Tucson gain their notoriety from clinical excellence in the treatment of co-occurring disorders. We lead the global industry of mental health treatment in taking an integrative approach to co-occurring disorder treatment, leading our clients on a transformational journey in healing mind, body, and spirit. Call us today for information on availability and pricing: (800) 877-4520
Previous PostWhat Is Experiential Therapy?Next PostMultiple Family Group Therapy

How to Have a Sober Holiday Season