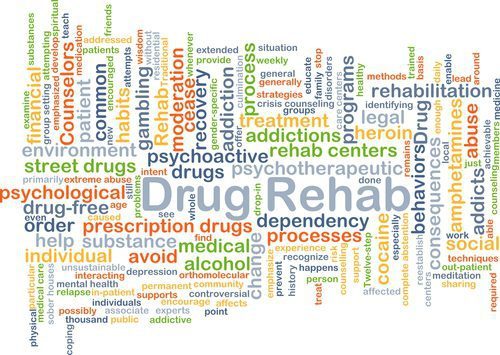 Cocaine is a powerful stimulant made from the coca plant in South America.  It is an illegal drug; however, it was used in the past as an anesthetic for surgeries and other medical purposes.  Cocaine is sold by such names as coke, blow, rock, or snow and is often mixed with other chemicals.  This is referred to as “stepping on” the drug and can increase the amount sold whereby increasing the amount of money made.

The drug can be inhaled through the nose or injected into the bloodstream.  A “speedball” made of cocaine and heroin is injected into the bloodstream and has been popularized in the media due to the number of celebrity deaths associated with speedball use.  Some individuals smoke cocaine once it has been processed into a rock crystal.  This has been called freebase cocaine.  The rock crystal is heated which produces a vapor that is inhaled into the lungs.  There is a cracking sound when cocaine is heated thereby creating the term “crack” cocaine.

Cocaine increases levels of dopamine in the brain.  Dopamine is responsible for controlling pleasure and movement.  When you smell good food, dopamine is released as there is pleasure associated with eating good food.  When cocaine is ingested, dopamine is prevented from recycling which causes excessive amounts to build up between nerve cells.  This flood of dopamine disrupts normal brain communication pathways and causes the high that is experienced by cocaine use.

The associated high with cocaine brings extreme energy and happiness.  There is mental focus yet there is also irritability and paranoia.  The effects of cocaine are short-lived typically lasting several minutes to an hour depending on how it is ingested.  Due to this short period of a “high”, individuals will use it again to experience another “high”.

Other effects of cocaine use include rapid heartbeat, elevated body temperature and blood pressure, muscle twitches, and restlessness.  These short-term effects are overshadowed by the energy and happiness experienced with cocaine use.  The long-term effects of cocaine use include malnourishment, nosebleeds, bloodborne disease, severe paranoia, and Parkinson’s like symptoms.
Continued use of the drug alters the reward centers in the brain, which can lead to addiction.  The reward circuits adapt to the high levels of dopamine and individuals will end up taking more of the drug to achieve the same high.

Treatment for cocaine addiction is available and for long-term users, detox is advisable.  The body needs time to adjust from being in a consistent elevated state.  In addition, some long-term users can experience debilitating depression following cessation of the drug.

Cottonwood Tucson offers a place of understanding, healing, and hope. Our residential treatment programs have gained international renown for an integrative approach to co-occurring disorders. If you or a loved one are struggling, know that treatment is available. Recovery is possible.
A new life is waiting.
Call us today for information: (888) 708-4784
Previous PostCo-Occurring Disorders: OpioidsNext PostEating Disorders