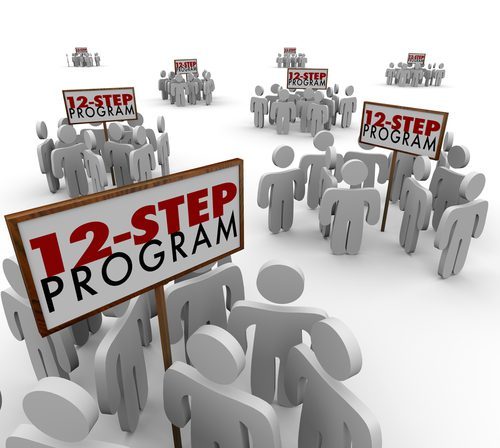 Why Are 12 Step Programs Good for Recovery?

Alcoholics Anonymous is an international fellowship for men and women who have drinking problems that was founded in 1935. There is no age or education requirement to join these fellowships and there are over two million members worldwide.

Food Addicts Anonymous was founded in 1987 to manage food addiction and working towards a food plan. Unlike Overeaters Anonymous and Food Addicts in Recovery Anonymous, their food plan consists of no sugar, wheat, or flour as well as no sticky, greasy, or pasty food. There are over 150 weekly meetings.

Food Addicts in Recovery Anonymous was founded in 1998 where members experience difficulties in their lives because of food and eating. Some are obese, bulimic, severely underweight, or just obsessed with food.

Overeaters Anonymous was founded in 1960 for those with problems relating to food, binge-eating, compulsive overeaters, anorexics, and bulimics. There are 60,000 members in 75 countries.

Nar-Anon Family was founded in 1968 for those who know or have known someone near them with addiction and are recovering from the effects they brought to their lives.

Cocaine Anonymous was formed in 1982 for people who are looking for recovery for cocaine addiction. A long-standing member created the group after working in the film industry and seeing so many suffering from cocaine abuse who did not know what to do.

Gamblers Anonymous was founded in 1957 to share their experiences and help those solve problems who have a problem with gambling as well as how to abstain from it.

Debtors Anonymous was founded in 1968 when a group of people from Alcoholics Anonymous were talking about their money problem. This fellowship was created to understand the causes and conditions behind their self-destructive behavior with money. There are more than 500 meetings in more than 15 countries worldwide.

Clutterers Anonymous was formed in 1989 to help each other deal with problems of clutter and to solve the underlying issues that can cause cluttering.

Sex and Love Addicts Anonymous was founded in 1976 by a member of Alcoholics Anonymous who was constantly unfaithful to his wife and wanted to stop his compulsive sexual and romantic behavior.

Located on the Arizona desert, Cottonwood’s dual diagnosis program will prevent patients from relapsing after drug and alcohol treatment. The Cottonwood Assessment plan is a four day inpatient assessment program providing a comprehensive evaluation that will focus on the specific needs of the individual. For more information, call us today at (800) 877-4520.
Previous PostAlcohol and ChildrenNext PostBinge Eating and Trauma