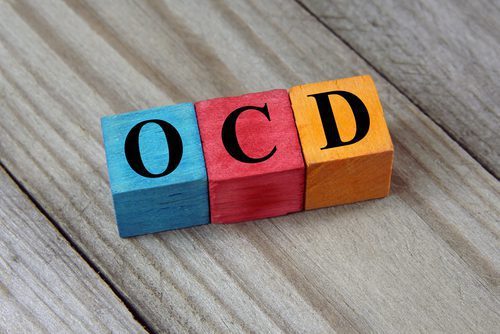 Bipolar disorder is having intense moments of energy, activity, and mood whereas Obsessive Compulsive Disorder is having unwanted thoughts, ideas, or sensations. According to the Journal of Affective Disorders study, more than 20% who have bipolar disorder have signs of OCD. It is important to have both of these disorders treated simultaneously to prevent symptoms from growing more powerful over time and having less control over them.

OCD is the most frequently occurring anxiety disorder that people with bipolar get. Those with this co-occurring disorder can get very high rates of other mental illnesses like anxiety disorder and impulse control disorders. Some people who have bipolar disorder have OCD tendencies where they exhibit OCD traits without receiving the diagnosis during a very low or high mood. Symptoms can include dramatic shifts in mood, depressive episodes, recurring obsessions and compulsions, manic episodes, social problems, and uncontrollable thoughts. With both bipolar disorder and OCD, obsessive thoughts about sex and religion, substance abuse, depression episodes, and manic episodes can get higher rates.

Some people get misdiagnosed if the symptoms are similar but not enough to achieve the diagnosis. The difference between bipolar disorder and OCD is that OCD has recurring obsessions and uncontrollable thoughts while bipolar disorder does not have those symptoms. A doctor will perform a physical exam, a psychological evaluation, and lab tests to see if you have bipolar disorder and/or OCD. It can be very difficult to diagnose OCD as bipolar disorder shares a lot of symptoms. The goal of treating bipolar disorder is to even your mood and decrease your symptoms fast whereas the goal for treating OCD is have better control over your thoughts that have trouble going away.

In order to treat both OCD and bipolar disorder together, your doctors need to focus first on stabilizing your mood using lithium with anticonvulsants or antipsychotics with Abilify. Doctors can also prescribe antidepressants that have a low risk of full manic episodes like taking SSRIs, fluvoxamine, fluoxetine, paroxetine, and sertraline. Make sure to be careful when taking SSRIs as they have a tendency to trigger manic episodes in those with bipolar disorder so bipolar should be treated as the main illness. It is important for the doctors to be careful when mixing different medications together to treat both mental disorders because there could be more frequent, intense, and unusual symptoms if it is a bad combination of medication.

Located on the Arizona desert, Cottonwood’s dual diagnosis program will prevent patients from relapsing after drug and alcohol treatment. The Cottonwood Assessment plan is a four day inpatient assessment program providing a comprehensive evaluation that will focus on the specific needs of the individual. For more information, call us today at (888) 708-4784.
Previous PostHow Does Body Image Have an Effect on Us?Next PostHow Effective Is Addiction Treatment?