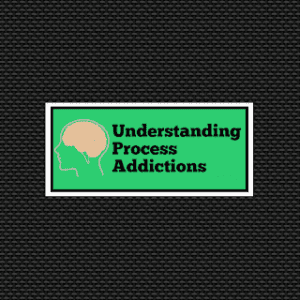 As addiction science evolves, the medical community continues to find support for the claim that addiction is a chronic brain disease.

Drugs & Alcohol: How They Affect the Brain

In the past decade, numerous studies have reinforced direct causation of drugs and alcohol on the brain’s reward center, neural pathways, memory, cognitive function, and motivation.

Further research by the American Society of Addiction Medicine includes process addictions—also sometimes referred to as urge-driven disorders or behavioral addictions—in the current understanding of how the brain is affected by artificial stimuli.

Non-substance-related disorders are hotly disputed, even though the American Psychiatric Association (APA) included some of them in its most recent edition of The Diagnostic and Statistical Manual of Mental Disorders (DSM). In the current American healthcare system, an official designation listed in the DSM allows rehab facilities and health practitioners to provide a universal standard of care and treatment within coverage options recognized by insurance companies.

There are other notable urge-driven disorders, including but not limited to:

However, not all of these are currently recognized by the DSM–5. This doesn’t make them less valid—especially if they’re co-occurring conditions to substance abuse. It just means the APA has yet to conclusively affirm them as disorders.

According to studies cited by the National Institutes of Health, researchers believe “all entities capable of stimulating a person can be addictive, and whenever a habit changes to an obligation, it can be considered an addiction.”

Medical experts at the APA, the Institute of Medicine, and the American Medical Association adhere to a definitive explanation of addiction that evidence indicates is a brain disease. The Addiction Recovery Guide details the explanation: “It’s the uncontrollable, compulsive drug craving, seeking, and use, even in the face of negative health and social consequences. Addiction is a condition caused by persistent changes in brain structure and function. Both developing and recovering from it depend on biology, behavior, and social context.”

As the experts point out, a person can become compulsively dependent on or obsessed with anything due to chemical changes in the brain, now reliant on artificial stimuli to the pleasure and reward center. This is what makes behavioral disorders different than, say, someone frequently engaging in certain hobbies or activities. While the physical signs of addiction aren’t often present with behavioral disorders, the mental symptoms may closely resemble substance addiction.

The polarized thoughts regarding process addictions seem to relate to how an individual’s particular habits can be classified as behavioral disorders. Some professionals identify process addictions by the compulsivity factor, similar to obsessive-compulsive disorder, which is recognized by the APA. This rationale is linked to the alteration of the brain’s structure and function.

Detractors point to longitudinal studies that indicate process addictions are more of a “transient, limited behavioral problem” which won’t persist. It eventually dissolves over time, mostly due to people taking stock of their lives and choosing to modify certain habits.

The absolute causes of process addictions are unclear. However, there seems to be a correlation between dysregulation, especially in response to trauma, and urge-driven disorders.

Dysregulation is a condition that impairs psychological, metabolic, or physiological process regulation. For example, a teenager who is frequently bullied may immerse herself in video games as a means to control her environment. Or, someone who was physically abused as a child may use the thrill and perks of gambling to create an inflated sense of worth.

Further, while the APA doesn’t recognize an addictive personality as a psychiatric diagnosis, there are often certain characteristics common among people who suffer from process addiction:

Key protective factors such as an established sense of purpose, positive relationships, good self-control, community involvement, and others often help to balance the urge to participate in particular behaviors. But, since many process addictions are often initially viewed as harmless activities, the crisis of the behavior might not be noticeable until there’s a real problem.

It’s important to note that with the definition of addiction as a brain disease, not everyone who uses drugs or alcohol becomes addicted, just as someone who goes on a shopping spree after receiving an employment bonus isn’t automatically a compulsive shopper.

Process addiction may be present if someone displays the following symptoms:

At Cottonwood Tucson, we believe addiction of any type starts with chemical changes in the brain. Our team of experts seeks to help clients understand the root causes of these issues and advance through recovery in healthy, meaningful ways.

We provide personalized holistic behavioral therapy options for people wanting treatment for process addictions. Contact us today to see how we can help you or a loved one.

By Tracey L. Kelley
For more information about Cottonwood Tucson, AZ mental health and addiction treatment center, call (888) 708-4784. We are ready to help you or your loved one find lasting recovery.