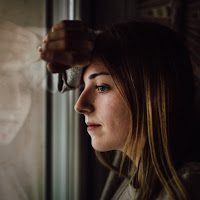 Sometimes, we know the truth, even if it’s hard to face or we don’t know where to turn. With so much focus in society on weight gain, weight loss, and model-perfect images in social media and on magazine covers, it’s no wonder problems with eating disorders often are overlooked—and sometimes dismissed.

But, if you feel certain behaviors are harming your health, and loved ones or friends express concern about these behaviors, it might be time to consider treatment.

Obsessions with food, body weight, and shape may be signs of an eating disorder.

These disorders can affect a person’s physical and mental health; in some cases, they can be life-threatening.”

NIMH clarifies that anyone can suffer from an eating disorder, regardless of gender, body weight, ethnic or racial background, or age. At any time in life, someone can develop an eating disorder, and there are many contributing risk factors, including biological, genetic, psychological, behavioral, and environmental.

The National Eating Disorders Association (NEDA) estimates 20 million women and 10 million men have experienced eating disorders. Someone struggling with an eating disorder has a health condition which NIMH categorizes as biologically-influenced. It’s also quite common for these conditions to be co-occurring disorders with other mental health issues or substance abuse.

This condition includes two subtypes: restrictive, which is when people limit the kind or amount of food they eat to an extreme level; and binge-purge, which includes restriction as well as behavior that involves laxatives, vomiting, and diuretics as a form of food elimination.

Common symptoms of anorexia nervosa include, but aren’t limited to:

Bulimia nervosa is defined by eating excessively large quantities of food and not having control over this behavior. Quite often, sufferers maintain a normal weight or may be overweight. They also follow patterns of food elimination similar to anorexia nervosa, in addition to a tendency to exercise too much.

Frequent symptoms and health concerns of bulimia include one or more of the following:

Binge-eating disorder is different from bulimia nervosa in that sufferers may still binge, but they don’t exercise, purge, or use other methods for food elimination. Consequently, they’re often obese or morbidly obese.

Binge-eating is classified by three or more recurring symptoms:

Once someone develops a pattern for binging, it becomes a compulsion, similar to alcohol or drug abuse. Additionally, people with bulimia nervosa and binge-eating disorders are at greater risk for medical complications and suicide.

Getting Help for Eating Disorders

To help determine if you have a problem, NEDA provides a screening tool and a guide on how to start a conversation with a mental health professional about treatment.

Causes for eating disorders vary considerably, so an individualized approach is a must. There is a range of options available to address the underlying reasons for a condition, such as:

Levels of care that may be recommended include:

The intent of eating disorder treatment is to help someone regain a healthy relationship with food, a more realistic perspective of body image, and stronger emotional and mental balance.

To help people suffering from eating disorders, our facility provides specialty treatment so they may change their relationship with food from an additive concern to one aspect of a healthy lifestyle. Learn more here.