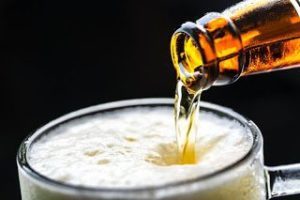 It’s easy to think we’ll simply bounce back after a lot of water and a good night’s sleep. But what’s the dividing line between having a little too much alcohol and actually binge drinking?

Binge drinking is typically associated with a younger demographic, and with good reason.

The Foundation for a Drug-Free World reports that in the U.S., youth under 21 who drink alcohol binge approximately 90 percent of it.

However, there’s a steady increase of adults who binge drink, with some statistics indicating one in six adults binge “frequently and with high intensity“—usually once a week. In fact, USA Today shared data from 2006–2014 regarding ER visits that pointed to a spike among middle-aged women admitted for “complications due to excessive alcohol consumption either from accidental binging, or intentional long-term use.” And according to AARP, among the 65,000 respondents over age 60 to a National Health Review study noted about 13 percent were binge drinkers.

Which leads to another point: why do people do it?

In the National Health Review senior study, results revealed nearly three times as many older men than women binged, predominantly as a result of a lifelong alcohol problem. But senior women tend to develop a habit of binge drinking as a coping mechanism to deal with depression, grief, and mounting health issues. Middle-aged adults may overindulge as a form of escapism, especially from feelings of anxiety, depression, anger, or guilt. They also might not believe there’s a problem, since their lives appear to be going so well.

Younger people have a desire to fit in and not feel awkward or anxious in social situations, and are often unaware of the effects of excessive drinking. They may also use what they view as “adult behavior” as a way to test boundaries.

The Health Consequences of Binging

Overconsumption of anything is never healthy, but high amounts of alcohol have both short- and long-term effects.

In the short term, the effects of binge drinking feel like a typical hangover, with many of the symptoms mentioned above. Temporary memory loss is also a common result of a “bender.” But if somebody doesn’t drink often and consumes too much alcohol at once, they run the risk of alcohol poisoning, which is quite severe and even deadly.

Over the long term, chronic health conditions emerge, such as:

If somebody develops these conditions but continues to drink excessively, it’s unlikely they’ll regain their health. System failure is the likely result.

It’s easy for people to initially think, “I really don’t drink that often. Just some beers after work, or a few glasses of wine during the week.” But there can be vast differences between the standard servings of alcohol—5 oz. for wine, 1.25 oz. of liquor, and 12 oz. for beer—compared to the actual servings someone might consume.

So, if you believe you or someone you love might have a problem with binging, take a few minutes to answer these questions:

Even a couple of “yes” responses may indicate it’s time to take a closer look at this behavior.

One way to do this is to complete a more detailed self-assessment than the one above. WebMD  offers a short screening regarding alcohol use disorder and suggestions for how to talk to a health professional. Drug Abuse.gov shares the AUDIT used by many health professionals during evaluations of binge drinking or alcohol abuse, which you can access online.

Maybe your self-assessments reveal that you’ve really only overindulged a time or two in the past few years. Occasionally, we may be overcome by the effects of alcohol, and often know how to rein in that behavior because it made us feel horrible.

However, if you noticed a pattern of binging, it could be time to let professionals ensure your good health. The Cottonwood Assessment Program (CAP) is a four-day intensive evaluation to determine your specific needs. This extensive approach identifies a number of physical and mental health factors. Here’s what you should know.