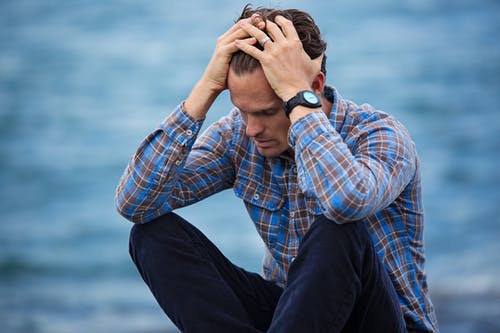 Major depression, not just periodic moments of feeling blue, is considered one of the most common mental disorders, according to the National Institute of Mental Health (NIMH). The agency refers to the Diagnostic and Statistical Manual of Mental Disorders definition of this level of depression, which is: “A period of two weeks or longer during which there is either depressed mood or loss of interest or pleasure, and at least four other symptoms that reflect a change in functioning, such as problems with sleep, eating, energy, concentration, self-image, or recurrent thoughts of death or suicide.”

Depression creates a dysregulation, or impairment, of neurotransmitters—brain chemicals that affect emotions and moods. There are a number of causes for depression, including genetic predisposition, trauma, stress, hormone imbalance, or mood-altering substances. It’s not uncommon for depression to be a co-occurring disorder to alcohol and drug addiction.

What continues to be a problem is nearly 40 percent of adults and 60 percent of adolescents who experience major depression don’t receive treatment for it.

Symptoms of depression include, but aren’t limited to:

Major depression isn’t the only type of this disorder. You or someone you love may also experience other serious conditions such as:

How Inpatient Therapy May Help Depression

When it comes to depression, it’s easy to think someone can simply “snap out of it” or that he or she is lazy, craving attention, or being manipulative. This isn’t true.

If you or a loved one experiences bouts with serious depression, it might be time to consider inpatient therapy to manage the condition effectively. Residential treatment often fosters a comforting atmosphere to start addressing the type of condition and what therapies might be necessary to reach stability. Methods might include:

During an inpatient stay, residents can rely on 24/7 support and a structure that allows for the only focus to be on healing. This approach often clears the way for establishing regular mechanisms for managing the condition, developing a continuum of care plan, and finding professionals and other groups for assistance after treatment.

After an inpatient stay, individuals can work with their care providers to determine what other coping measures can be part of daily life that help keep the phantom of depression at bay.

The professionals at Cottonwood Tucson have a multi-faceted individual approach to residential depression treatment that includes everything from cognitive behavioral therapy to proper nutrition plans. Find out how we can help you.

If you or someone you love is in need of immediate support because of the potential for self-harm, please call the National Suicide Prevention Lifeline at 1-800-273-8255. This help is free and confidential.