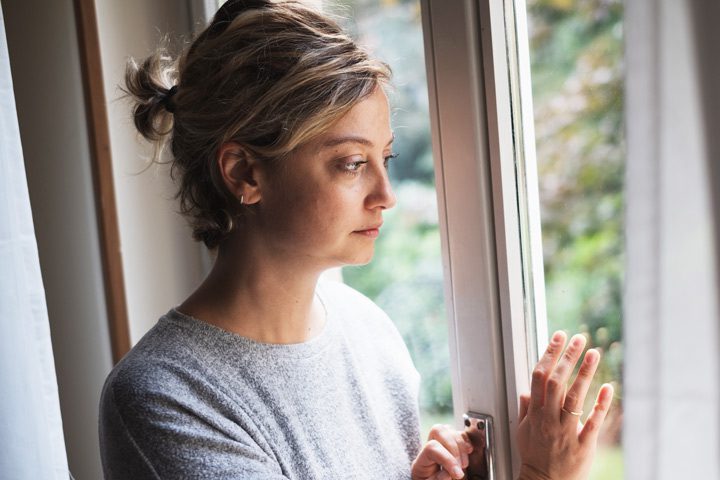 Trauma is a strong catalyst in women’s addiction issues.

Traumatic events such as domestic violence, sexual abuse, divorce, and grief are common factors in substance use disorders (SUD) for women. While this shouldn’t be a surprise to anyone trying to understand a person’s progression into drug or alcohol use, it shockingly is.

The National Institute on Drug Abuse (NIH) points out that in the past, women weren’t even included in clinical studies because “of two notions: women are more biologically complicated than men; and as primary caregivers of young children, a woman had too many competing time demands to participate in research studies.” The agency shares an interesting anecdote:

“Remember the famous study, ‘take an aspirin a day to keep the heart attack away?’ That study was done on 10,000 men. Not one woman was included. In a study of the aging process, they told me women weren’t included because there wasn’t a ladies room available for study participants. Yet the results of these studies were being applied to men and women. I vowed to fix that.” ~ The Honorable Barbara Mikulski, U.S. Senator, Maryland, August 16, 2010

If including women in a study about aspirin is challenging, it’s no wonder that only in the past two decades or so have researchers examined causation for their SUDs. NIH stresses there are distinct differences between women and men because of sex—biological aspects such as hormones and chromosomes; and gender—the culturally-defined roles for males and females, including individuals who “don’t identify with either category.”

The agency acknowledges that one critical discerning point regarding SUD treatment is to recognize how women frequently suffer more trauma than men.

One study by NIH indicated “as many as 80 percent of women seeking treatment for drug abuse report lifetime histories of sexual and/or physical assault.” Further, women who are “victims of domestic violence are at increased risk of substance use.”

The American Society of Addiction Medicine (ASAM) reports that substance abuse is a co-occurring disorder in nearly 60 percent of intimate partner violence (IPV) cases. Federal statistics indicate 85 percent of IPV victims are female. On one hand, the abuser is also addicted. On the other, female partners in abusive relationships are “coerced into using alcohol and/or drugs by their partners.”

It’s also important to note that women are “5-to-8 times more likely than men to be victimized,” and approximately 75% of the abusers are men. However, IPV incidents occur in lesbian, gay, bisexual, and transgender relationships as well, although ASAM admits more research is needed in these communities.

Recent data is still lacking, but ASAM outlines that people, particularly women, who experience IPV have an increased risk for severe mental health conditions—nearly 60 percent of women who suffered IPV are diagnosed with psychiatric issues. Other studies point to a sharp correlation between IPV and women who are more likely to:

The Centers for Disease Control and Prevention (CDC) define ACEs as forms of neglect, abuse, and other potentially damaging experiences people have in their first 18 years. These include:

The CDC acknowledges a strong correlation between high-risk behaviors formulated by ACEs, including substance abuse and addiction.

Initially, there were only 10 potential types of trauma fitting the ACE model, but recent studies expanded underage traumatic experiences to include:

ACE ratings are determined by issuing a point for each experience. On average, nearly 18 percent of women completing the CDC ACE module in 2014 had four or more ACEs, compared to 13 percent of men. People who experience an ACE score of four or higher are at greater risk for drug and alcohol abuse, depression, and suicide.

Traumatic accidents are also related to SUD. In its 2017 annual trauma report, the Arizona Department of Health Services detailed that “one in four patients were suspected of being under the influence of drugs or alcohol when involved in a trauma. Drug and alcohol use were more prevalent among victims of intentional trauma including assaults and self-inflicted injuries. Alcohol and drug involvement varies by age and race. Among the younger population, especially 15-17, there were more traumas involving drugs than alcohol.”

Prevailing research indicates that women seeking addiction treatment are far more successful in recovery if aspects of their trauma are addressed first. Known as a “trauma-informed approach,” many SUD treatment centers include integrated trauma-specific models for women “with trauma histories, symptoms, or PTSD.” These include:

At Cottonwood Tucson’s Arizona addiction treatment center, our team of experts specializes in the use of evidence-based treatment methods that help trauma survivors heal from painful past events. Our approach isn’t to make someone forget the past, but to integrate past events into a more whole and compassionate understanding of the person you are now.
Some of our trauma services include:

Our treatment interventions help reduce the physical and emotional distress of trauma while showing individuals how to learn to authentic, healthy lives without the crutch of substances.

For more information about Cottonwood Tucson, holistic recovery program in Arizona, call (888) 708-4784. We are ready to help you or your loved one find lasting recovery.
Previous PostTalking to Your Yoga Teacher About TraumaNext PostInspirational Documentaries for Recovery