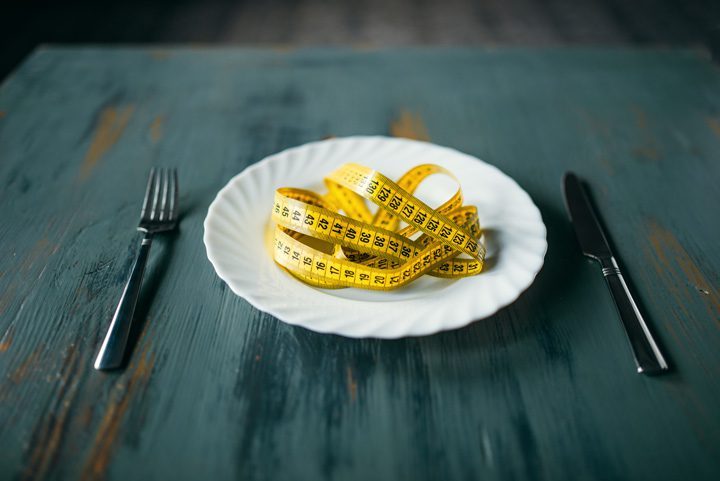 According to WebMD, clinical depression has numerous distinctions:

A 2015 medical study determined that “mood disorders were more frequent among eating disorder (ED) patients than the control group, with a global prevalence of the order of 80 percent for each ED group. The majority of the mood disorders comorbid with ED were depressive disorders…mood disorders in some cases preceded and in others followed the onset of eating disorders.”

There are three primary categories of eating disorders:

A sub-category, “eating disorders not otherwise specified,” or EDNOS, includes disorders combined with other factors, including specific compulsive eating behaviors that lead to a process addiction.

Risks and symptoms for eating disorders range considerably, but the Anxiety and Depression Association of America (ADAA) indicates “two-thirds of people with eating disorders suffer from anxiety…and the odds of developing bulimia are greater for women with PTSD and social anxiety disorder.” WebMD points to research indicating “as many as half of all patients with binge eating disorder have a history of depression…and depression also plagues many people with anorexia, who are 50 times more likely than the general population to die as a result of suicide.”

This WebMD article references the work of physician Ira Sacker, author of Regaining Your Self: Understanding and Conquering the Eating Disorder Identity. He says that most people with eating disorders also have emotional trauma. “They feel that they’re not good enough and become obsessed with perfectionism.” But at the core, he says, is depression and anxiety. The same article quotes researcher Lisa Lilenfeld of Argosy University, who says, “being underweight and malnourished, which is common in anorexia, can cause physiological changes known to negatively affect mood states.”

In a post for the National Eating Disorders Association, Karen Lynn Cassidy says depressed individuals often “lack the motivation and energy to complete any treatment because their depression symptoms of apathy, fatigue, flat affect, and disturbed appetite are difficult to manage without also having the overlay of an eating disorder.” Cassidy is a former board president of the ADAA. She notes that when a patient presents with an eating disorder, some clinicians treat that intensely, but if depression is also a factor, they simply medicate it “without the benefit of offering other therapies that are powerful anecdotes to depression.”

The National Association of Anorexia Nervosa and Associated Disorders offers some startling statistics:

Depression, anorexia nervosa, bulimia nervosa, binge eating, and EDNOS are disorders that respond well to focused treatment. Getting to the heart of trauma, grief, and other psychological conditions help an individual regain a healthy self-image and learn more effective ways to handle depression.

Take this self-assessment quiz. If you or a loved one has more than two “yes” answers, contact our expert staff at Cottonwood Tucson to schedule a more thorough medical assessment.

For more information about Cottonwood Tucson, disordered eating treatment in Arizona, call (888) 708-4784. We are ready to help you or your loved one find lasting recovery.
Previous PostTreatment for Compulsive BehaviorsNext PostWhat Is Sex Addiction?