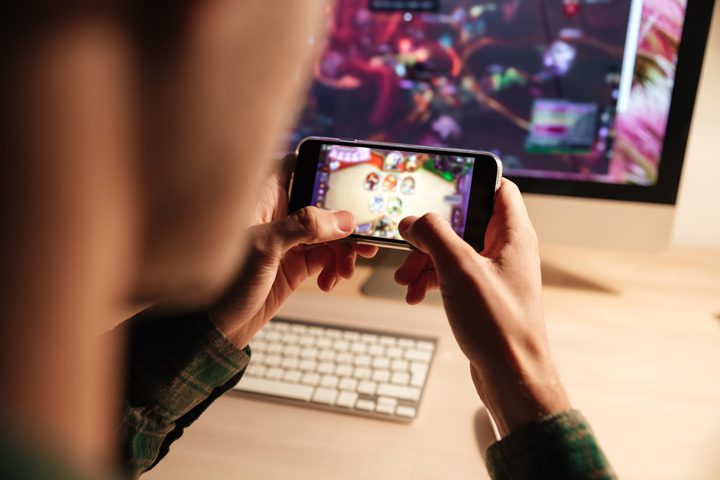 A British professor created a simple tic-tac-toe computerized game as part of his dissertation in 1952. To demonstrate the abilities of the latest analog computer and oscilloscope screen, a researcher in New York designed a tennis game in 1958. A few years later, a professor at MIT invented the first multiplayer video game.

The first television-based console video game was created by Ralph Baer’s development team in 1967 and later sold to TV giant Magnavox. While it didn’t last, one of the console’s game packages, Pong, was picked up by Atari in 1975. This launched the tsunami we know today of video games with accelerated, real-life graphics and complex story lines and abilities. As computer technology advanced, so did 3-D game development, with some of the first releases in 1995 (www.history.com).

In 2019, statistics from the Entertainment Software Association indicated that:

These facts seem relatively harmless at first glance. After all, keeping the brain active, reducing stress, and engaging with people who share your interests are positive aspects of maintaining a healthy life.

However, in 2017, researchers published their findings from more than 100 studies about the effects of gaming on both “brain functionality and behavior.” Gaming changes not only the brain’s responses but also its structure. On one hand, this development enhances selective and sustained attention and visuospatial skills.

On the other hand, as Medical News Today reported in a summary of these findings, “there are functional and structural alterations in the neural reward system—a group of structures associated with feeling pleasure, learning, and motivation. Exposing video game addicts to game-related cues that cause cravings, and monitoring their brain responses, highlighted these changes—changes that are also seen in other addictive disorders.” This reaction means it’s easier for someone playing video games to become a victim of compulsive, addictive behavior, also known as internet gaming disorder. This condition affects up to 5 percent of all gamers.

Not picking up a controller or logging on to your favorite multiplayer scenario should be easy, right? After all, it’s not as though you’ll become ill or suffer physical harm if you don’t play a game, so most people should be able to take it or leave it.

However, just as too many drinks or illicit drugs create a neurological change in the brain, triggering cravings and desire beyond reason, gaming has the same effect. Researchers state that video and computer games are designed so that puzzles and challenges are only slightly out of reach. This means that to accomplish a task, win a race, or clear a field, people feel compelled to keep playing without getting discouraged.

This is tempting activation of the brain’s reward system—quite similar to gambling, which is often categorized as a process addiction. It doesn’t matter if you play on a computer, console, or smartphone: there’s a fine line between having enthusiasm for a hobby and manifesting unhealthy compulsive behavior.

To determine if you or a loved one struggle with a video gaming disorder, WebMD provides key symptoms:

Gamequitters indicates young men aged 18–24 have the highest risk of developing internet gaming addiction, but people of all ages can succumb to it if:

While the American Psychiatry Association acknowledges gambling as “an activity listed as a possible addiction,” it has yet to recognize internet gaming disorder. However, in 2018, the World Health Organization included gaming in its medical reference book alongside gambling.

Getting Help for Gaming Addiction at Cottonwood Tucson

When someone chooses to use video or computer games and ignore daily life, this is a destructive coping mechanism. To treat someone for a gaming or any other process addiction, it’s imperative to get to the root of why this behavior is less of a pastime and more of a compulsive activity.

At Cottonwood Tucson, we use both individual and group counseling to understand the whole person and all contributing factors. Then, we provide expert guidance to using healthier techniques for managing life in meaningful ways. Call us today to learn how this works.

For more information about Cottonwood Tucson, process addiction treatment in AZ, call (800) 877-4520. We are ready to help you or your loved one find lasting recovery.
Previous PostDealing With Loneliness During the HolidaysNext PostUnderstanding Anxiety and Addiction