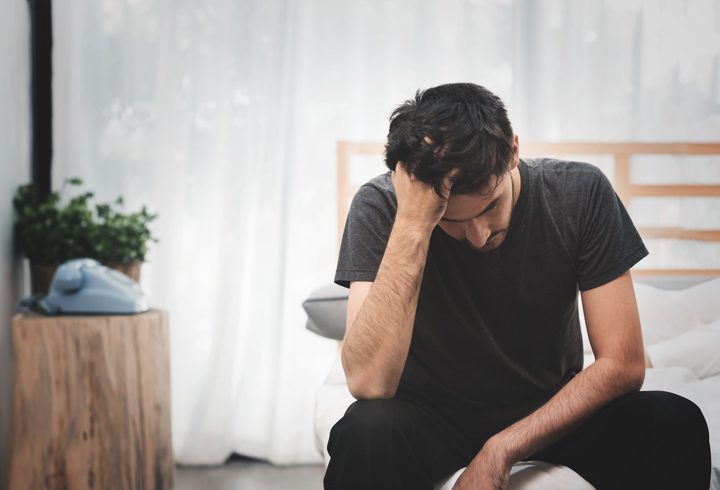 Many people who experience anxiety are also challenged by substance abuse. Additionally, researchers have reason to believe that anxiety—and other mood disorders such as bipolar disorder, depression, and post-traumatic stress disorder (PTSD)—contribute to the reasons why someone may become addicted to alcohol or drugs.

It’s critical for healthcare providers, rehabilitation professionals, loved ones, and individuals struggling with substance abuse disorder (SUD) to understand these correlation and causation factors. When more of the root influencers are identified and addressed, the chances for more effective treatment of the whole person increase tremendously.

All of us experience occasional anxiety in our lives. Usually the circumstances are situational: an upsetting event like a car accident, butterflies before a job interview, or feeling uneasy while walking in an unfamiliar neighborhood. But for someone who feels anxious all the time, it interferes with daily life in numerous ways.

Unfortunately, most people don’t realize there are many effective methods to treat anxiety, so they often needlessly suffer unsettling emotions, behaviors, and sensations. This is one reason why there’s a correlation between anxiety and addiction.

Each individual has varying symptoms, but some of the most common associated with anxiousness include:

Sometimes an individual only experiences one major symptom, but often, there’s a combination of many.

The Relationship Between Anxiety and Addiction

Scientists have studied the relationship between the amygdala—an area of the brain primarily responsible for processing emotions, activating survival instincts, and storing memories—and alcohol and drugs. The amygdala is part of the brain’s “fear network”: a series of processing points that evaluates threats, fears, and other emotional responses, creating an endless loop—anxiety feeds addiction, and addiction heightens anxiety.

One 2015 study indicates that “a pre-existing anxiety disorder can precipitate alcohol abuse, and high anxiety is a hallmark symptom of alcohol dependence that manifests during withdrawal. Anxiety disorders and alcohol use disorder in humans are both defined by altered amygdala structure and function, the end result of which may be disinhibition of downstream “effector” regions that regulate anxiety- and alcohol-related behaviors.”

The National Institute on Drug Abuse points to research that the amygdala not only retains the memory of drugs, but also triggers cravings for them. This, scientists note, happens repeatedly for anyone once addicted because of altered brain chemistry due to excessive drugs and alcohol use.

Anxiety.org reports findings from a Psychiatric Services study of more than 300 people with SUD. Nearly 50 percent had “significant anxiety or anxiety mixed with depression,” and people who suffered traumatic events—such as military veterans or victims of domestic abuse—had even greater rates of co-occurring mood disorders and SUD. These individuals also have a higher rate of relapse compared to those without anxiety disorder.

This study also included children diagnosed with anxiety, and followed up with them a few years later: “Children who no longer suffered from anxiety were far less likely to abuse substances than children (now adolescents and young adults) whose anxiety continued. Research suggests that the [results] of childhood anxiety disorders, if left untreated, can include…substance abuse.”

Treating Both Conditions Together Is Important

Board-certified professionals have a wealth of resources to address an individual’s anxiety issues in tandem with addiction treatment.

For example, Cottonwood Tucson follows a protocol that evaluates each person’s history and experiences, and creates a plan that includes proper nutrition and regular exercise to reduce panic attacks and other anxiety symptoms. Cognitive behavioral therapy helps people identify thought patterns that prompt anxiousness, and counselors work through each pattern one-by-one to change responses and develop methods for self-soothing. Treatment might also include non-addictive, mood-regulating medications for stabilization of the brain’s fear network.

Even if addiction doesn’t present for you or a loved one, learning how to manage mood disorders and mental illnesses more effectively is an important step in whole body health. Reach out to us and see how we can help.

For more information about Cottonwood Tucson, co-occurring disorders treatment in AZ, call (800) 877-4520. We are ready to help you or your loved one find lasting recovery.
Previous PostHow Too Much Gaming Becomes an AddictionNext PostEstablishing New Holiday Traditions During Recovery