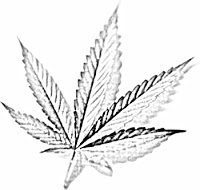 The new national drug survey, sponsored by SAMHSA, was just released with some startling facts worth noting. Fortunately, methamphetamine use has been steadily declining thanks to the efforts of law enforcement and organizations whose missions are to educate people about the dangers of the drug. The same cannot be said about marijuana, as more states legalize medical marijuana programs more people are picking up the drug. 16 states have active medical marijuana programs and there are definitely more to come. While marijuana may be the least harmful illicit drug, it still has side effects and may lead people to try other drugs used by people in the same circles.

Meth and marijuana make up the majority of news stories dealing with illegal drugs, but, that does not mean that there isn’t a significant population of people using other illicit substances on a regular basis. The National Survey on Drug Use and Health, comprised of data collected from interviews with 67,500 randomly selected people 12 years or older, showed that about one in 10 Americans report regularly using illegal drugs, including:

There is a lot of evidence to suggest that marijuana has medicinal properties that can be valuable to people suffering from chronic pain. However, we must not forget that there are also properties of marijuana that are unhealthy and may reduce one’s quality of life – breathing problems and memory loss are on the top of the list. With 17.4 million regular users, marijuana is the most commonly used drug. The decline in social stigmas surrounding marijuana use has helped with marijuana’s growth in popularity. 6.9% of the population reported using marijuana regularly, up from 5.8% in 2007. Among 12- to 17-year-olds, 7.4% reported having used marijuana in the past month.