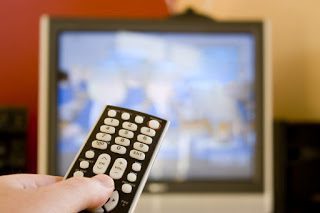 How much television do you watch? Of course, in today’s world television viewing has evolved to include a 24 hour broadcasting menu with hundreds of channels and in excess of 50 nationwide broadcasting networks delivered to most households via cable subscription offering DVR (digital video recorder) programming and OnDemand viewing.  All of this basically means we can watch television shows whenever we have time to fit them into our schedules and if we are not interested in today’s latest program line-up we can tune into reruns that will allow us to travel back six plus decades.

Every once in a while television viewing can turn into a serendipitous experience. You tune in to one of your favorite shows and you learn something quite by accident. This can occur when watching the national news and such shows as Dr. Phil, A & E’s INTERVENTION, ADDICTED, or America’s Most Wanted. It could be a talk show that you happen upon and realize that the panel is discussing a topic that fortuitously sounds like something you or your family is experiencing. And sometimes it is a television dramatic series that draws you in and suddenly you have what we often refer to as a “ah-ha” moment. It is that magical Aha effect: the common human experience of suddenly understanding a previously incomprehensible problem or concept.

PARENTHOOD is an NBC dramatic series that first aired March 3, 2010. If you have never seen the show their website offers: Parenthood is a one-hour drama inspired by the box office hit of the same name. This re-imagined and updated Universal Media Studios/Imagine Television production follows the trials and tribulations of the very large, very colorful and imperfect Braverman family.  It is true that the story lines covered through the Braverman family are wide and varied: the senior generation has dealt with health, financial, self-esteem and grand-parenting issues; while the second generation has struggled with single parenthood, addiction, racially mixed relationships, stay-at-home dads, career problems, infertility, adoption, and life threatening diseases; and the grandchildren, ranging in age from one year to college age, deal with school, peer pressure, college acceptance, part-time jobs, sports, and religious issues, as well as interacting with their siblings, parents, grandparents and cousins.

PARENTHOOD is now in its fourth season and while the characters are developing and the story-lines continue to evolve, the one constant that has been part of the series, since the beginning, is Max Braverman’s Asperger’s syndrome.

A bit about Asperger’s Syndrome

Interestingly the first time we published a post about Asperger’s Syndrome was February 16, 2010, just two weeks before PARENTHOOD premiered. At the time we noted:

Asperger’s Disorder like autism is characterized by severe sustained
impairment in social interaction and development of restricted patterns
of behavior, interests, and activities. Unlike autism there are no
delays or deviance in language acquisition nor delays in cognitive
development and it is not like autism often associated with mental
retardation. Characteristically patients with Asperger’s appear odd to
others. They frequently do not pick up on social cues, their
interactions are one sided, focused entirely on their own interests with
little empathy or understanding of the other as an individual. They may
be intensely focused on one topic, with exclusion of all other
interests. But unlike autism the desire for social interaction is
present. They just don’t know how to do it. Often they are loners, not
always because of their own wishes but due to peer’s inability to
tolerate them.

This week the American Psychiatric Association announced the final version of the DSM-5, indicating that “Autistic disorder” will now be known as “autism spectrum disorder,”
folding in Asperger’s syndrome (a less debilitating form of autism).

The National Institute of Child Health & Human Development (NICHD) discusses that there are other disorders that can be associated with Asperger’s: attention deficit hyperactivity disorder (ADHD), tic disorders, depression, anxiety disorders, and obsessive-compulsive disorder (OCD).

Additionally, many parents report that their children who are diagnosed with Asperger’s often are tempted to try alcohol and other drugs as they enter their teen years. It seems these children are searching for ways to fit in socially. So the process of parenting becomes even more complicated.

Ron Fournier is a political journalist currently of the National Journal. Mr. Fournier is also married and the father of three children. This past week Fournier wrote a personal essay titled “How Two Presidents Helped Me Deal With Love, Guilt and Fatherhood.”  It is a remarkable essay, but one of the most interesting aspects of Ron Fournier’s journey with his son, Tyler, is that it was NBC’s PARENTHOOD that helped him and his wife, Lori, realize that Tyler had Asperger’s Syndrome. As he relates in his essay:

‘Max is a character in the NBC drama Parenthood, and when Lori saw an episode, she recognized Tyler in Max—and us in his parents. “Tyler might be autistic,” she told me when he was 12. “Watch the show.” I did, sitting at my computer until 3 a.m. Suddenly, it seemed clear what was wrong with our little boy. I wept and convulsed with fear. Also, relief: Max is far worse off than Tyler, and now we might at least know what we were dealing with.’

You might enjoy watching  first hand from Mr. Fournier as he discussed Tyler, Asperger’s Syndrome and PARENTHOOD on NBC’s Morning Joe program.

Parenting can be difficult even when everything is going right, but a remarkable aspect of parenting is that we learn new things every day. We learn from our family members, we learn from our co-workers, we learn by reading a newspaper or magazines…and yes, we even learn by relaxing in front of the television and watching a drama, sit-com, or documentary.  You can call it serendipity or the “ah-ha” moment; and remember in Greek mythology even Archimedes shouted “eureka” (I found it!).

Previous PostDSM-5 Approved By APA: Learn About The “Ins & Outs”Next PostTeen Dating Violence Could Be A Predictor For Adult Health Problems