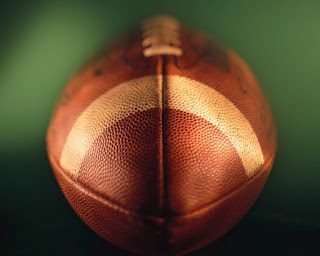 It really was only a month ago when we were writing about the holidays and New Year’s resolutions. This week many, if not most, Americans are readying their plans to enjoy Super Bowl Sunday.  Yes, Super Bowl XLVII (for those of us not familiar with Roman Numerals, this is Super Bowl 47!) is this Sunday. This year the Baltimore Ravens and the San Francisco 49ers will meet on February 3, 2013, at the Mercedes-Benz Superdome in New Orleans, LA.  Kick-off will take place at 6:30PM EST.

Over the next few days, people of all ages will make plans to meet with friends at each others’ homes or at a favorite sports bar. New recipes will be tried and old favorites repeated…and, of course, making appetizers, ordering pizzas, stocking up on cold beverages (of all kinds, both alcoholic and non-alcoholic), and tuning the big screen televisions will happen in the tried and true ritual format. For some Super Bowl Sunday is more about watching clever television ads, as opposed to really following what’s happening on the grid-iron.

Will this year’s Super Bowl audiences be more aware of injuries on the field?

If you are an avid sports’ fan, then you are aware of the number of news articles and conversations covering concussions and other head-related injuries among NFL players. Much research is being done to help those who have sustained such injuries and to find ways to prevent these types of injuries going forward. So we wondered if Super Bowl audiences will keep an eye on the ball in more ways than one this Sunday.

Researchers at the University of Texas at Dallas announced that their study indicates that depression should be added to the effects of players sustaining concussion and head-related injuries. The study by the Center for BrainHealth examined the long-term effects of concussions. The study was released this month and published online in JAMA Neurology.

According to MEDILL Reports:

The scope of the problem

The Centers for Disease Control (CDC) reports that 1.6 to 3.8 million sports-related concussions occur in the United States every year. Most of these injuries are not treated in a hospital. You can visit the CDC’s injury prevention and control for traumatic brain injury fact sheet.

This Sunday is Super Bowl Sunday and we look forward to a great game without injuries, but many people will be thinking about the risks involved with playing sports and we know for sure it was topical at the NFL’s Media Day held on January 29, 2013, as reported by The New York Times.