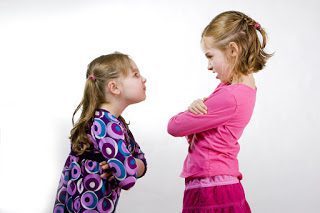 When was the last time you thought about sibling rivalry?

If you’re an only child and/or you’re not the parent of more than one child, then chances are the subject of sibling rivalry comes up only occasionally in fleeting conversations with your friends, extended family members or co-workers.

For sure much has been written about sibling rivalry. Of course, we have biblical references to siblings who competed for recognition; Shakespeare often featured such rivalries in his plays, i.e., King Lear, Taming of the Shrew, As You Like It (to name a few); television and movies frequently use sibling rivalry as a continuous theme for character development; and the news media enjoys covering items that highlight sibling rivalries.

A bit about the origin of the term sibling rivalry…

While researching today’s post we came across an interesting opinion article from the New York Times written by George Howe Colt on November 24, 2012. The title of the article is Sibling Rivalry: One Long Food Fight. Here is a teaser wherein Mr. Colt talks about the origin of the term sibling rivalry:

The term sibling rivalry was coined in 1930 and popularized by the child psychiatrist David Levy, who gave his patients celluloid dolls that represented their parents and younger siblings and asked them what they felt when they saw the baby brother or sister doll nursing at its mother’s breast. There ensued scenes of sibling carnage to rival anything in the Old Testament. Among the responses recorded by Levy: “dropping,” “shooting,” “throwing,” “slapping,” “hitting with stick,” “hammering,” “tearing apart,” “scattering parts,” “biting,” “crushing with fingers,” “crushing with feet,” “crushing with truck” and “piercing (with screw driver).” Levy (who repeated his experiments among the Kekchi Indians of Guatemala with similarly gruesome results) concluded that regardless of age, gender, birth order or cultural background, sibling rivalry is a fact of family life.

This week the results of a new study were published online in Pediatrics Official Journal of the American Academy of Pediatrics. The study “Association of Sibling Aggression With Child and Adolescent Mental Health“ was conducted by lead author Corinna Jenkins Tucker, an associate professor of family studies at the University of New Hampshire in Durham, NH.

Researchers reviewed/analyzed data which was collected in The National Survey of Children’s Exposure to Violence. This survey is conducted by the University of New Hampshire’s Crimes Against Children Research Center.

There are times when new research results are not really surprising, but serve more as a validation of what behavioral health professionals and parents may have suspected for decades. It makes sense that if bullying can affect a person’s mental health when the bully is a peer, then why not when the bully is a sibling – a very close relative who should love us and care about us.

This research is a good conversation starter for parents, health care providers, teachers…anyone who suspects that a child is being bullied. Here is a link to a Scientific American blog “The Origin of Bullying,” you might find it interesting.

One final thought. Since we referenced Shakespeare’s plays above in the introduction we might do well to remember Juliet’s line from Romeo and Juliet “A rose by any other name would smell as sweet…” which experts say means “what matters is what something is, not what it is called.” So perhaps when we witness sibling rivalry we may really be witnessing sibling bullying.