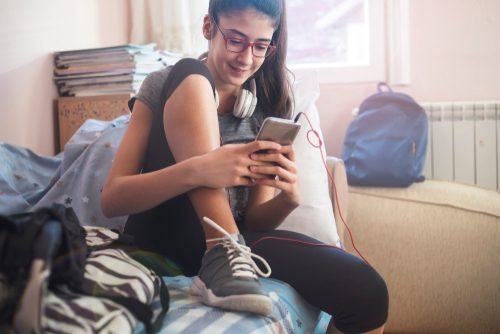 Why Are Caffeine and Teens a Bad Mix?

Teens lead hectic lives when they are in school. They deal with the pressures of getting good grades, participating in extracurricular activities, and after school jobs all so they have enough material to put on college applications. It is important for teens to sleep eight and a half to nine hours of sleep. Many Americans feel a dependence on coffee to get them through the day. According to Villanova University, 90% of Americans consume caffeine every day. Many teens like to engage in not just coffee but other forms of caffeine in order to stay awake and fulfill their responsibilities but having a high dependence of it can be damaging to health.

Because teens are smaller than adults and still growing, their caffeine tolerance is lower than adults so they need to be careful about how much to consume. Caffeine may not be listed as an addiction on the DSM-5 but can still be a strong dependence if you feel you cannot stay awake without it. Teens tend to like energy drinks such as Monster, Nos, Rockstar, Amp, Red Bull which is the most popular of them all.

Because of the sweet taste and the appealingness of the drink’s label, this attracts teens to wanting to drink it to stay awake compared to coffee. While energy drinks may be low in calorie, that does not mean it is a healthy choice. For example, there is 49 grams of sugar every 11 ounces as well as 106 milligrams of caffeine. There are other stimulants in Red Bull like ginseng, taurine, and guarana. More than three cans of an energy drink can be dangerous. Side effects can include insomnia, heart palpitations, headaches, and skin numbness. It is for this reason why energy drinks are banned in many schools.

It is also easier to get the euphoria and energy from caffeine pills compared to drinking many cups of coffee to get that effect. The most popular brand of caffeine pills are NoDoz which is what truck drivers use when they drive late at night. Two caplets can have 200 milligrams of caffeine which is very unhealthy. Caffeine pills are not without side effects such as panic attacks, extreme nausea, vomiting, dehydration, heart palpitations, and in extreme cases, heart attack or death. You can get natural energy by sleeping early and set an alarm to wake up eight hours later to get work done.